Hello friends! Sorry it has been so long since I have posted. I was finishing up finals at school and then after that I've been gone doing lots of traveling. I went to Tucson, AZ a couple weeks ago and then last weekend I just got back from a trip to New York City.
I went to AZ so I could take pictures for a big project I am working on. Here is just a highlight of what I spent my week in Tucson photographing.

DESERT LANDSCAPE
The first night we were in Arizona my husband and I spent the evening watching the sun set over the saguaro desert. It was so beautiful watching the clouds slowly change colors from orange and reds to purples and blues. The cacti have this heavenly glow about them when they are back lit. Then as it gets darker all that can be seen is the beautiful, delicate silhouette of the saguaro cacti. Truly a breathtaking site! 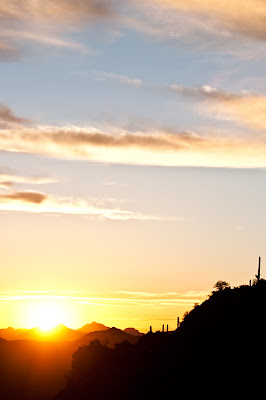 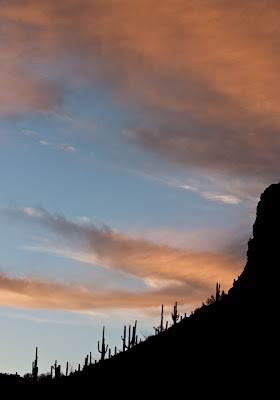 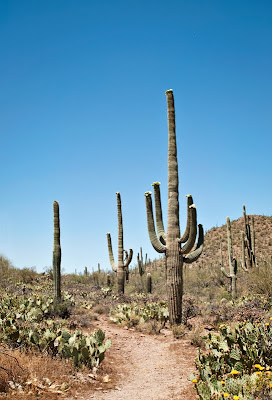 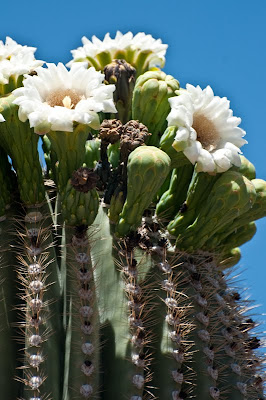 Here is a close up of the flowers in bloom on top of the saguaro cacti. They bloomed the last day we were in Tucson. I was so excited! 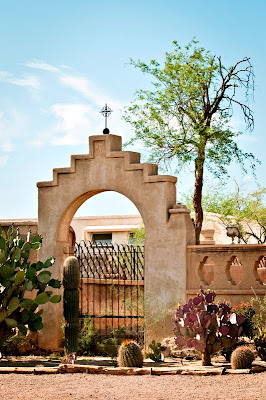 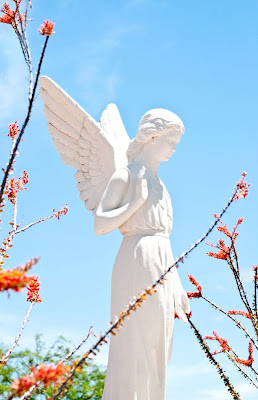 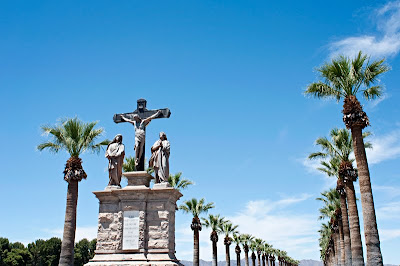 For the big project I am working on, I am using a lot of religious statues as part of my concept. I spent almost 2 full days photographing at cathedrals and Catholic graveyards. The art found in these places is quite stunning. I plan on printing over 4 dozen different photographs I took of religious icons and printing them with a historic photo process called kallitypes. It will take me a while to finish them, but keep your eyes open as I begin posting them throughout the summer. 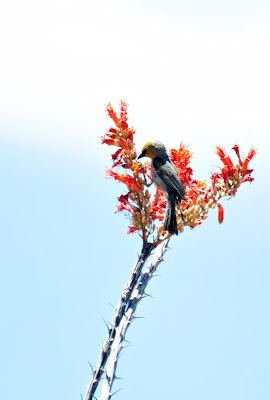 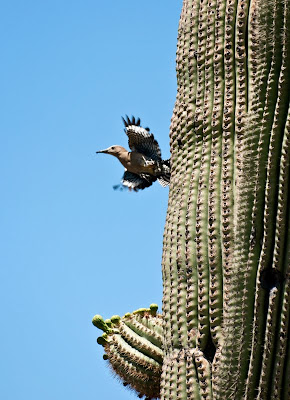 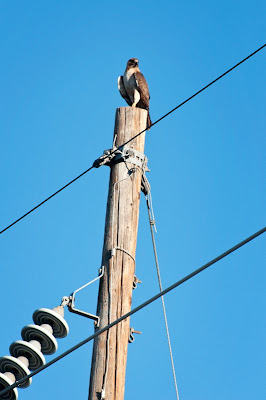 I have picked up a new hobby lately where I love to photograph birds. For two class projects I did last semester I used birds for my subject matter. I found it very relaxing and exciting to photograph them (and very difficult too, especially to get them in sharp focus). My husband has become particularly interested in photographing birds and encourages me to go out often with him to find and photograph them. I still need to rephotograph the bird projects I did last semester (because I printed them as cyanotypes) and will hopefully post them soon as well. 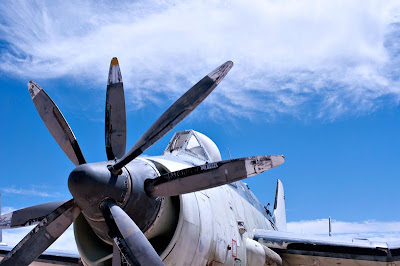 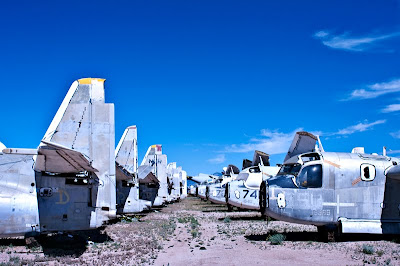 There is a really cool place in Tucson called the Airplane Graveyard. It covers something like 80 acres of land, all of which is spotted with rows old, broken down airplanes used by the air force. When the airplanes are retired, the air force sends them to Tucson where they wait until a discussion is made what to do with them. Often times parts are salvaged and scrap metal is used for other airplanes. If you are interested in old airplanes like this here is a link for more information.


BEES
So I thought I would just throw this in for kicks and giggles. My brother lives in Tucson and we stayed at his house. Overnight this huge bees nest moved into a tree in his backyard. I must admit that I was not the one who took these photos, my husband was the one brave enough to go into the backyard and photograph them. I felt bad for my sister-in-law because she has 3 kids seven years old and under who love to play in the backyard, but because of the bees they couldn't go outside to play. I don't blame her for keeping them inside though, that nest holds an alarming amount of bees. The last thing she needs is her 7 year old boy throwing rocks at the nest and having a whole swarm attack him. Scary stuff. 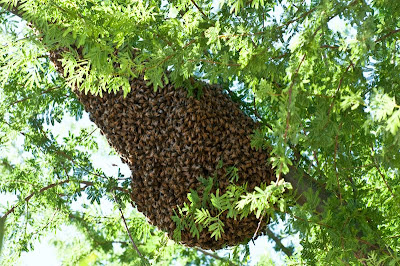 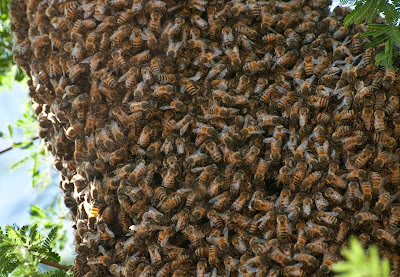